"How can we get digital cable and internet in our homes, but not clean water?"

-- Jennifer Hall-Massey, one of the many impacted by toxic waters

As the Senate is voting on legislation that will fund the EPA for the next year, opponents of action on climate change are looking to prevent the EPA from acting to curb global warming pollution or accurately measure the potential climate impacts of biofuels. It is vital that both Congress and EPA work quickly together if we are to make real progress on global warming.

Prohibiting EPA from addressing global warming pollution ignores science and undermines existing laws. It also takes away some of our country’s most valuable tools for curbing global warming.

Tell the Senate to move us towards a clean energy economy, not to stand in the way of EPA action on global warming.

After eight long years of rubber-stamp permits during the Bush administration, the EPA determined on Friday that all 79 mountaintop removal mining permits currently being reviewed would likely violate the Clean Water Act.

This decision is one of the most dramatic and encouraging actions yet by the Obama administration and marks a welcome return to justice in the coalfields of Appalachia. 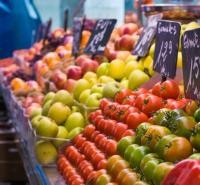 What’s not to love about the farmers market? Nothing! Great produce, great prices, and you're helping the planet by supporting local growers. Farmers market fans now have their own home on our Climate Crossroads network -- a place to brag about your favorite market, share your best recipes, and connect with other market fans.

Right now, we're asking for photos from markets across the country -- anything from photogenic fruit to funky bags to favorite farmers. We'll highlight the best pics in a special slideshow and include everyone's contributions in a new Farmers Market Photomap of the U.S.A.

Join the group and add your photos now! 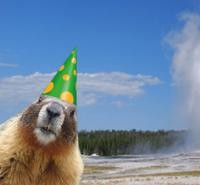 Sierra Club volunteers are hosting more than 600 Party for Parks film parties across the country to celebrate our national parks and watch a special sneak-peek of the new Ken Burns documentary, "The National Parks: America's Best Idea." The Sierra Club played a prominent role in the creation of the national park system, and we're proud to be featured in the new documentary. But there is still work to be done to keep our national park legacy thriving.

Join the celebration and help preserve our national parks by signing up to attend a Party for Parks event in your area!