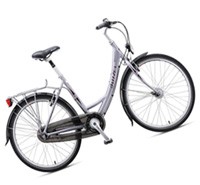 Sure enough, the Breezer Uptown 8 is one sweet commuter bike.

What's even sweeter? You could ride off with all eight speeds by writing just one 17-syllable haiku poem and posting one cool photo at Climate Crossroads. Just two weeks left in our salute to pedal-powered propulsion, so saddle up and enter the poetic fray!

Step 1: Join the Bicycle group on Climate Crossroads (if you haven't already).

Remember, the grand-prize winner wins an Uptown 8 bike, and two runners-up will get a Kryptonite lock and a Nutcase helmet.

Where Actions Speak Louder Than Words
Now that senators John Kerry and Joe Lieberman have introduced the American Power Act, also known as the climate and energy bill, the Sierra Club's Activist Network has even greater need -- and opportunity -- for climate activists.

Ready to roll up your sleeves and work with others to create a clean-energy future? Join the Climate Leaders Team. You can start tomorrow -- by taking part in Winning Wednesdays, a nationwide phonebank to support strengthening the climate and energy bill.

The Climate Leaders Team is one of more than 100 Activist Network teams -- ordinary people working together to get extraordinary things done on issues ranging from National Parks to hydrofracking.

And for a Little Contrast... 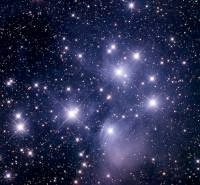 Tioga Jenny would respectfully like to point out that, although the Climate Crossroads Bicycle Contest sounds like a lot of fun, the Trails Monthly Photo Contest has always set the standard for creative camera work, and this month's entries on the theme of "Contrast" are no exception. June's theme has already been announced, too: "Wild." So check out the entries for May and start planning your "Wild" photo for June. You could win a SPOT Satellite GPS Messenger with 12 months of Basic and Track Progress Service included.

And as long as you're in the neighborhood, don't forget to check in with the Trails blog, On Track. We've got tons of always-fascinating posts from some stellar contributors. Just how stellar? We even have an astronomer! Recent On Track topics include crepuscular rays, the world series of birding, and how they keep the lights on in Yosemite during the winter. Who wouldn't like to know more about any one of those topics?