In 1901, just 9 years after the Club's founding, its volunteer leaders organized the Club's first High Trip. Nearly 100 people traveled together to Tuolumne Meadows in the Sierra Nevada to participate in this multi-week camping trip supported by pack animals and a crew of cooks.

Over the nearly 50 years of the annual High Trip, it became a signature Sierra Club event and exposed thousands of people to California's most dramatic mountain range.

Yet during the last decade of the event, Club leaders and scientists grew concerned about the impact of such a large outing on the environment and other outdoor enthusiasts trying to enjoy nature. Eventually, the Club ended the massive High Trip to protect the Sierra Nevada we love. 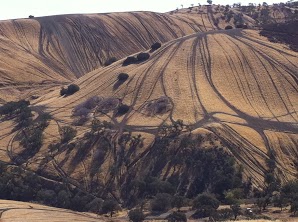 The lesson from the High Trip history: Sometimes an institution must change its practices to protect the land that is the essence of its purpose.

The Department of State Parks and Recreation and the Parks Forward Commission responsible for envisioning the state parks system for coming decades, would do well to apply this lesson as they consider the role of off-road vehicle parks.

Late last year several Club members and I toured two existing off-road vehicle parks and one hilly oak-studded area planned for an off-road vehicle park. Our guides on the tours were the knowledgeable and dedicated director and other staff of the Off Highway Motor Vehicle Recreation (OHMVR) division of State Parks.

What we saw was distressing. First stop was Carnegie State Vehicular Recreation Area near Tracy, once a private off-road vehicle park that has been owned by the state for more than 25 years.

We saw evidence of the park employees' unsuccessful efforts to curb riders from zooming off trails and through grass and shrub.

Another tour destination, Hollister Hills State Vehicular Recreation Area, outside of Hollister, is more organized and shows fewer signs of off-trail mayhem. State Parks points to this as a model off-road vehicle park.

Yet, as we saw on our tour of that park, even this model suffers from the noise, dust, air pollution and trail ruts that are inherent with off-road vehicles.

These two parks underscore the incompatibility of off-road vehicle parks with State Parks' public trust mission of preserving and protecting natural areas and their ecosystem services in perpetuity.

Which brings me to the third site on our tours, 3,400 acres of hilly Blue Oak woodland, mountain savannah grassland, and scrub sage and riparian areas. The site is in the southeast corner of Alameda County, a short hop from Carnegie SVRA.

Parts of this land have been overgrazed. But generally, when you stand on the hill in its center and look out over other undeveloped hills in the distance, you feel like you're experiencing an increasingly rare natural area that's remarkably close to urban bustle.

The OHMVR division is determined to turn this land into another off-road vehicle park. The division likes this area because it is close to Carnegie. Others, including many of our active members, want to see this area preserved as a park--called Tesla Park--for hikers and picnickers. They want people and wildlife to be able to enjoy this jewel without competing with motorcycles and ATVs. 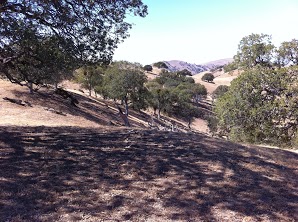 Earlier this month, the large volunteer committee that makes policy for Sierra Club California adopted a position opposing expansion of state vehicular recreational areas "because of the inherent detrimental and destructive environmental effects of expansion.  These effects include destruction of habitat and vegetation, disturbance of wildlife, CO2 and other emissions, excessive noise, and preclusion of other visitors."

I don't make Club policy. The volunteers do. But I do have opinions and before my visit to Carnegie and Tesla, I might have thought expanding the SVRA’s made sense because there are a lot of good people--including a childhood friend with whom I used to draw pictures of race cars--who really enjoy off-roading.

I have seen Carnegie and Tesla and Hollister parks, though, and strongly believe our volunteers have taken the right position. It no longer makes sense, if it ever did, for the state to enable activities in natural areas that dramatically scar the land, disrupt wildlife, and create constant noise.

State Parks should apply the lesson the Club learned from the High Trips. It ought to start by abandoning plans to turn Tesla Park into a recreational vehicle park.

Then it should double down on restoring the damage done at Carnegie.

Sierra Club California is the Sacramento-based legislative and regulatory advocacy arm of the 13 California chapters of the Sierra Club.